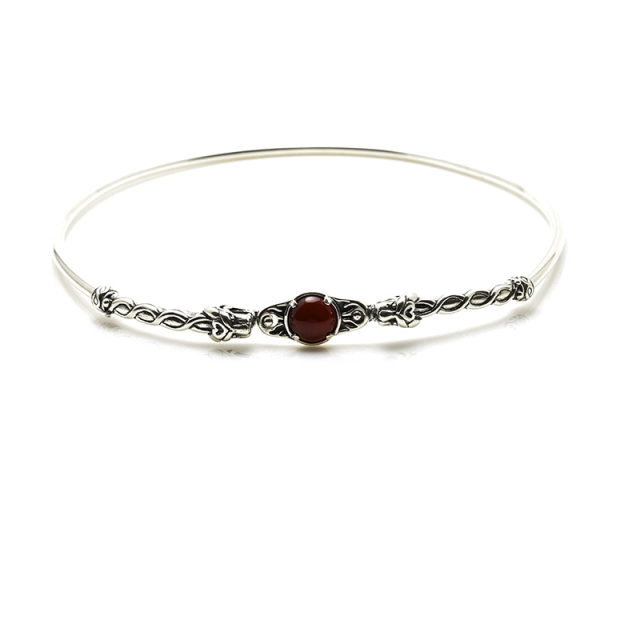 Worn around the neck since ancient times, the torc has returned.

Wellstone presents the classic Celtic Lions in this traditional form, with stone of your choice. Shown here with a 10mm Carnelian in Solid Sterling Silver with 8 gauge solid silver wire and the average size of 17" this design clips closed from one of the lions into an elegant celtic design around the stone.

Symbolism and Meaning of the Lion

In ancient times the Lion was the companion of the Goddess. At times it represented her power to destroy and was associated with Ishtar, Astarte, Cybele and Kali. The lion was a symbol of Time, which these goddesses embodied and controlled. Sometimes the lion might be depicted with two heads looking back into the past and ahead into the future. One still sees the two lions of the Goddess at the entrances to buildings where one is the lion of yesterday and the other of today.