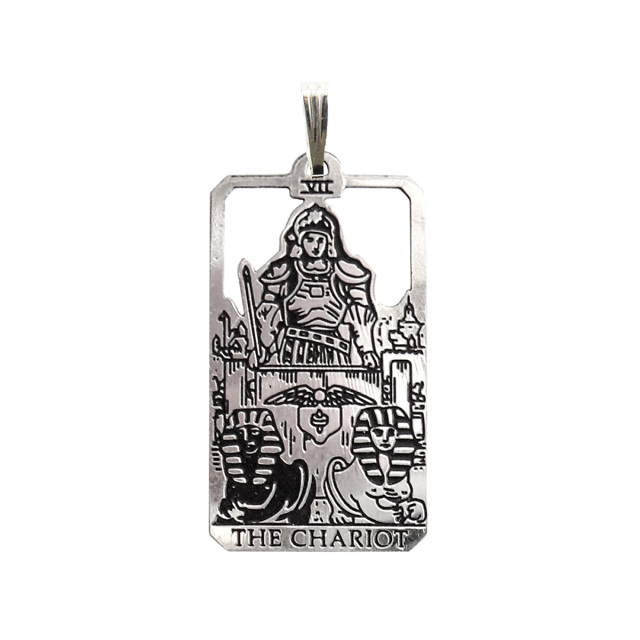 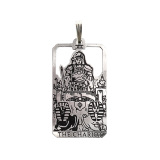 The Tarot is a system of both divination (foretelling the future or the circumstances of the present or past) and philosophy. It is said that after the burning of the great library at Alexandria, the scholars, mystics and philosophers created the system of Tarot so that the ancient wisdom could always be received. Tarot images represent the great archetypes in a manner that makes them open to understanding on many levels.
​Wellstone Jewelry is proud to present the Chariot Tarot pendant and earrings in finely crafted sterling silver.1"x.5".

Symbolism and Meaning of the Chariot Tarot Card

Symbol of Triumph in the Material Plane

A charioteer harnesses the powers of polarity, the light and dark sphinxes, symbolizing the powers of mind to move forward and gain victory in the material plain. He is armored with the crescent moons of the High Priestess and wears the eight pointed Star of Healing on his crown. The canopy of his chariot is the diadem of the starry heavens. In his right hand he holds the wand turned spear to symbolize the material force which he represents. This is a card of success and triumph over material difficulties.