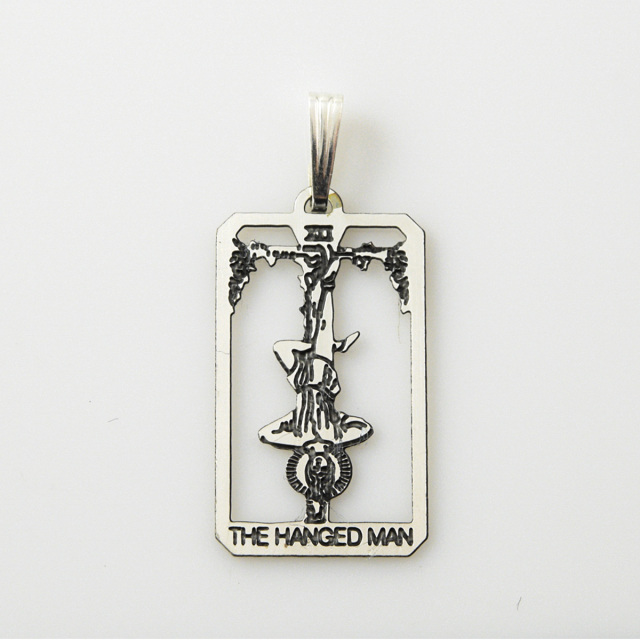 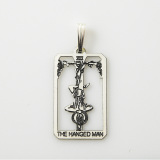 The Tarot is a system of both divination (foretelling the future or the circumstances of the present or past) and philosophy. It is said that after the burning of the great library at Alexandria, the scholars, mystics and philosophers created the system of Tarot so that the ancient wisdom could always be received. Tarot images represent the great archetypes in a manner that makes them open to understanding on many levels.
Wellstone Jewelry is proud to present the Hanged Man Tarot pendant and earrings in finely crafted sterling silver. 1"x.5".

Symbolism and Meaning of the Hanged Man Tarot Card

The Hanged Man is suspended between worlds, between heaven and earth. He is attached to the tree, representing his connection to nature. His head is surrounded by a gold aura, symbolizing the light of wisdom, inner vision and enlightenment. The Tau cross here is an image of sacrifice. He had surrendered the world as he has seen it and now has an entirely new vision. The card may represent a time of suspension and sacrifice or loss but it is strongly coupled with the possibility of the attainment of the jewel of higher wisdom.