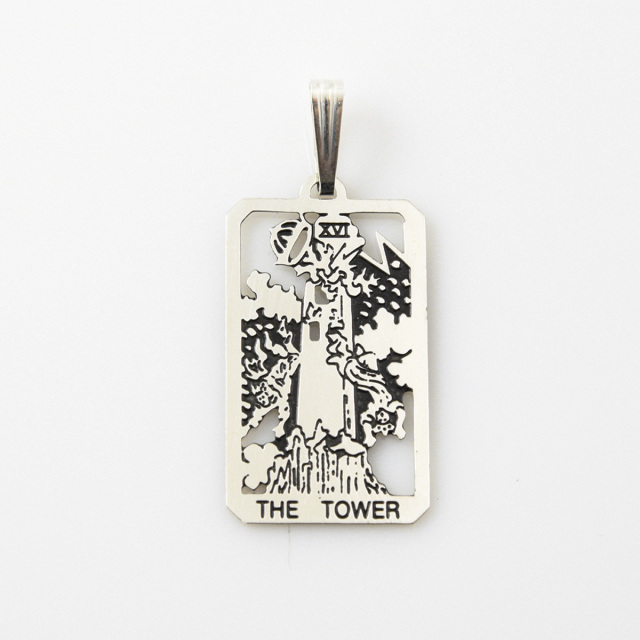 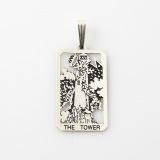 The Tarot is a system of both divination (foretelling the future or the circumstances of the present or past) and philosophy. It is said that after the burning of the great library at Alexandria, the scholars, mystics and philosophers created the system of Tarot so that the ancient wisdom could always be received. Tarot images represent the great archetypes in a manner that makes them open to understanding on many levels.
​Wellstone Jewelry is proud to present the Tower Tarot pendant and earrings in finely crafted sterling silver.1"x.5".

Symbolism and Meaning of the Tower Card

A tower, build upon a solid rock foundation, is struck by lightning and begins to crumble. The crown of heaven is falling and, removed from its proteection, both kind and queen are tumbling to their doom. The picture is one of removal and cleansing of that which has been constricted. The card can symbolize the destruction of ego but may also show physical desplacements. The positive aspect is that the bedrock remains, revealing the possibility of seeing ultimate reality freed of artificial constructs.