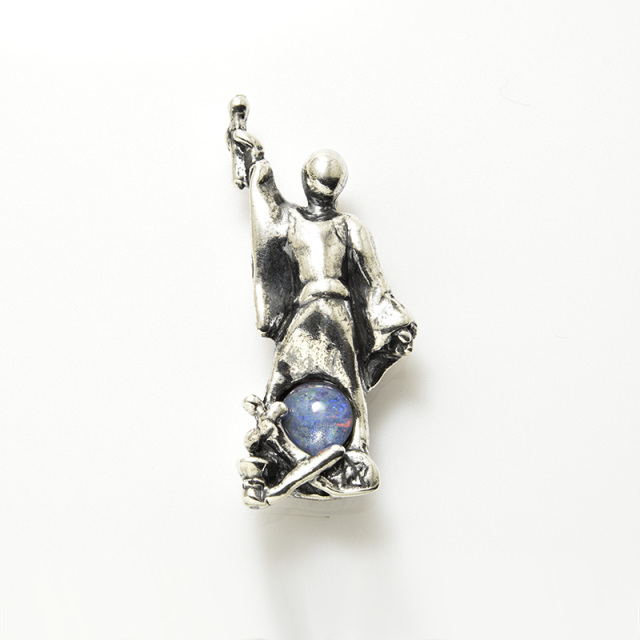 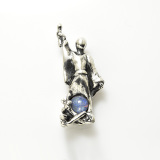 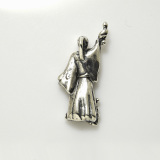 Symbolism and Meaning of the Magician Tarot Card

A young man raises a doubly terminated wand in his right hand. The wand is held vertically, a tool for the unification of heaven and earth. His left index finger grounds this duality into creation drawing from the original chaos to bring into being the flowers of creation. His aura is shown as the horizontal figure eight, symbol of eternity, while about his waist is wrapped the serpen-cinture, the serpent devouring its own tail, another symbol of eternity. In front of him are the creator/magicians tools, wands, cups, swords and pentacles, symbolizing fire, water, air and earth.

Click here for our Stone Selection Chart. Stone colors marked with an asterisk (*) are an additional $6.