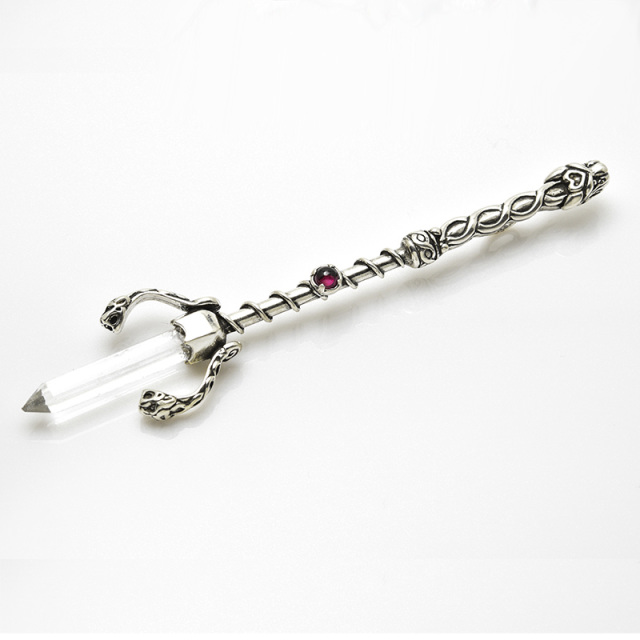 A genuine quartz crystal at one end with a Celtic Lion on either side, a Celtic Lion at the other and a cabochon of your choice in the center, this magic wand will hold and direct your energy.

This wand has a bale in back for a chain and is 3 1/4" long including a 1" natural quartz crystal. Solid Sterling Silver shown here with a 4mm Garnet cabochon.

Symbolism of the Lion In ancient times the Lion was the companion of the Goddess. At times it represented her power to destroy and was associated with Ishtar, Astarte, Cybele and Kali. The lion was a symbol of Time, which these goddesses embodied and controlled. Sometimes the lion might be depicted with two heads looking back into the past and ahead into the future. One still sees the two lions of the Goddess at the entrances to buildings where one is the lion of yesterday and the other of today.

Stone colors marked with an asterisk (*) are an additional $6. Click here for our Stone Selection Chart.